Officially the Municipality of San Teodoro, is a 4th class municipality in the province of Oriental Mindoro, Philippines. According to the 2015 census, it has a population of 17,904 people.

The municipality is classified as partly urban. It has a total land area of 34,100 hectares (84,000 acres). Mineral deposits found in the area are gold and iron.

The town of San Teodoro was called "Subaan" during the Spanish times however the town center and seat of government was located at what is now Lumangbayan. Officially, Subaan and its neighboring town Baco, were "visitas" of Calapan, the cabecera(capital) of Oriental Mindoro.

Subaan and Baco were again annexed to Calapan in 1852. Melchor Alcones Felix was elected gobernadorcillo with Rufino Arcon and Justo Arandia as cabezas de barangay of 2 barangays. In 1856 they were replaced by Domingo Artillero and Bernardo Arenillo. There were just 3 barangays in 1889 and the cabezas were Faustino Artellero, Telesforo Fernandez and Modesto Alcones. When Subaan was declared a sovereign municipality (pueblo) in 1892, the new gobernadorcillo was Juan Rojas. In 1897, it was Ruperto Arce but the title Gobernadorcillo was changed to "Capitan Municipal". When Capitan Juan Rojas won the election again, it made him the only official who had been addressed by 3 different titles in his capacity as mayor of Subaan. He was the last gobernadorcillo because after his term, it was changed to capitan municipal. He was the last capitan because when Mindoro fell to the hands of the revolutionaries, he took oath under the emissary of Gen. Miguel Malvar on July 1, 1898 as "Presidente Municipal". Pres. Rojas was the first and the last leader of Subaan under the Revolutionary Government of General Emilio Aguinaldo.

Before the turn of the century, Subaan had four cabezerias: Ylag, Tacligan, Bigaan and Pauican plus Subaan Proper (Lumangbayan) which in turn had 7 sitios namely Agbiray, Calabugao (both named after adjacent rivers), Bulaso, Calero, Calumpang, Tanak and Tubigan. During those times only the coastal areas were populated as water boats were the only mode of transportation between barangays. Bigaan was an exception because it had 10 inhabitants despite being inland. 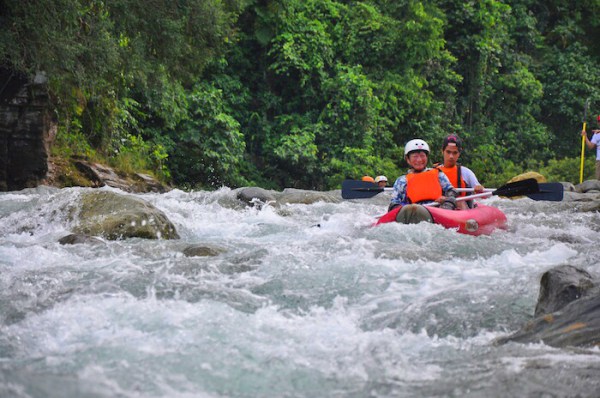 Opened in 2012, Whitewater Kayaking in San Teodoro is a nice attraction for those who wants to take a different challenge other than water sports in Puerto Galera.

Due to limited kayak, guests are required to book two days in advance by contacting the municipal tourism office.

More than just an exhilarating experience, whitewater kayaking in San Teodoro also gives an opportunity for cultural immersion. With its lush vegetation and friendly locals, this will definitely complete your island getaway.

Arigoy River is free to visit but if you plan to do do Whitewater River Kayaking, the fee is P1,200/head which includes the transportation of the kayaks, the guides, safety gear, and the environmental fee.

Aras Cave is the second highlight in San Teodoro, after Whitewater Kayaking in Arigoy River. Visiting Aras Cave, you would have to trek for 40 minutes, pass by four to five brooks, and one steep ascent lasting about 10 minutes. Inside, the cave is elongated like a narrow tunnel. It has a lofty ceiling filled with bats. Reaching the end of the cave takes about 15 minutes. It's dark and slippery, so be sure to wear sturdy sandals or shoes, and have a flashlight in hand. Two particularly interesting sights in the cave are the large ceiling openings located at the middle and at the end. The first looks like a well-lit stage, while the second opens up to the sky with trees standing above the limestone rocks. To visit Aras Cave, visitors are advised to hire a guide (P300/group) from the Barangay Hall of Bigaan. 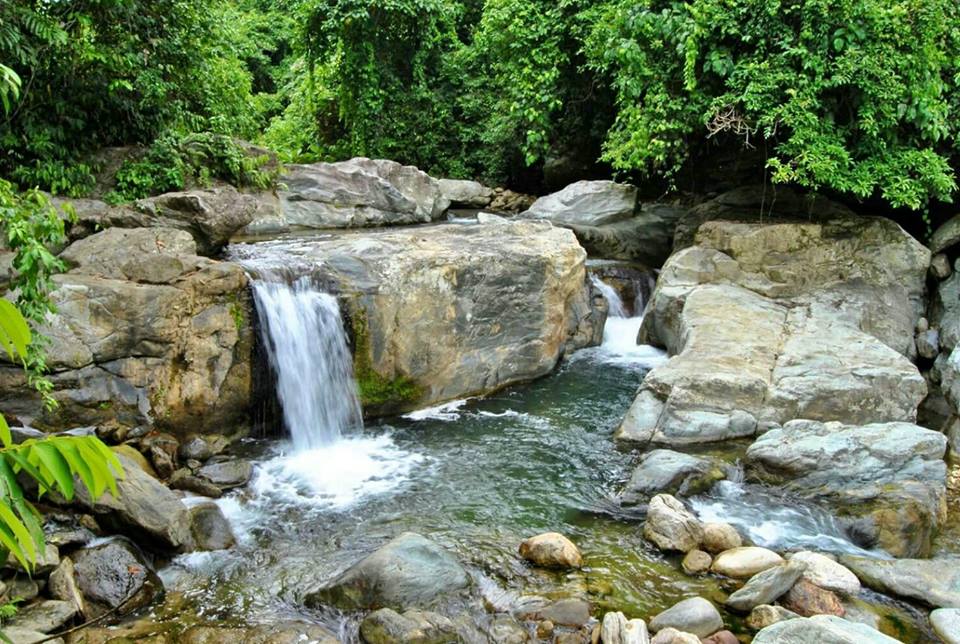 Tukuran Falls is a series of gentle cascades and turquoise-toned swimming holes accessed from the village of Calsapa, about 45 minutes south of Puerto Galera. They are refreshing and photogenic, but go early in the morning or late in the day to avoid the tour vans that frequent the place, thanks to a newly sealed access road to the trailhead. A guide (P300) is mandatory for the 30-minute walk from the trailhead.

The walk involves several river crossings, so wear appropriate footwear. If you don't want to walk you can ride in a carabao-pulled cart (P450). This is a worthwhile community tourism project but the locals can be overly aggressive in courting your pesos; one guide is plenty for a group of four (although you may be encouraged to take one guide per person).

The turn-off to the falls is clearly signposted on the National Hwy about 1km south of San Teodoro proper; from the highway it's about a 10-minute drive to the parking area near the trailhead. 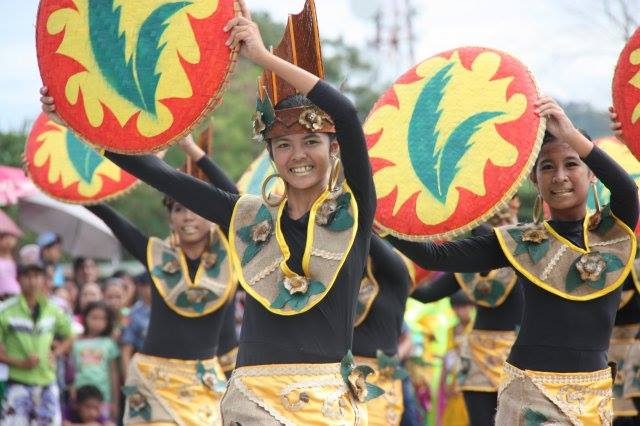 It is a religious festival honoring the Immaculate Conception. It features street dancing, a parade of floats, and other activities centered on the town's agricultural bounty, the coconut.