Officially the Municipality of Paluan, is a 3rd class municipality in the province of Occidental Mindoro, Philippines. According to the 2015 census, it has a population of 16,025 people.

Paluan is politically subdivided into 12 barangays.

The poblacion of Paluan is known as LIPA, so called because of the abundance of “LIPA” along the riverbanks. The village was made municipalities during the early part of the American regime. The name was then changed to Paluan in the resolution of the Municipal Council of the town in coincidence with the legend that Moro Pirated were all whipped “Palu” by the barangay chief.

The town of Paluan derived its name from the word “Palu”.The present Municipality of Paluan was also an insignificant sition of the town of Calavite. It was only during the last quarter of the 16th century when Calavite, a flourishing trade center along the China seas where wealthy Chinese Mandarines came to trade was invade by Moro pirates. Many of the inhabitats were killed while they escaped to the nearby island over from and to their settlement along the Pasig River known as Manila. Since the town of Calavite was abandoned and depopulated by the native inhabitats.

It was one Spanish Expedition to the North then Calavite was divided. The missionaries establish the third convent here in the early part of the 18th century. During the height of the Moro Piracy in the 19th century, it was again invaded and repossesed by then it was left forever for fear of the pirates. By the third quarter of the 19th century, the Spanish navy gained supremacy in the Philippine water.

Believing in the strength of the navy some prominent families from the town of Looc and Lubang headed by the Capt. Vicente Abeleda and Capt. Pablo Tria began to settle in the sition in the Paluan. The promising economic security and peaceful life of the first immigrants attracted either family from the neighboring islands to move south. The first settlers established themselves at the present barrio of Lumangbayan, which they made the seat of their government.

Filipino Movement in Luzon influenced the late Capt. Mariano Abeleda, son of the founder of this town and personal friend of Gen. Emilio Aguinaldo. The coincidence with the Cry of Balintawak in 1896 this energetic and influenced liberate his people from Spanish oppression was readily at his command. He ordered his men to take the priest as prisoner and burned all the record of the church.

The revolutionary force increased the number as they move to the south. The parish priest of Mamburao, Abra de Ilog, Sablayan, San Jose were taken to Paluan as prisoners. This revolutionary movement started by Capitan Mariano assisted by his brother in law, Capitan Agustin Liboro found fertile soil in all towns of big province, while the Philippines Republic was under general Emilio Aguinaldo. When the early American Force come to the Local Government in Lumangbayan although a village of Lipa, the present with a dence population.

The administration of Paluan, Judge Adams, during the American Military Rule, expanded the Agricultural Boundaries to practically where it is today. In 1919 by virtue of the resolution of the Municipal Council of the Municipal Government was transferred from the old town of Lumangbayan to Lipa where its today. On April 27, 1942, Capt. Ichi of Japanese Imperial Forces arrived in Paluan with Gov. Felife S. Abeleda and confirmed the appointment of local officials under the enemy occupation.

Meanwhile, Guerilla was intensified in Oriental Mindoro. Due to favorable geographical location, the U.S. Army Intelligence Bureau made Paluan the springboard for naval communication, the operations to Australia where over all commnder Gen. Douglas Mac Arthur stayed after the fall of Bataan. The party of Major Philips with the help of the Guerilla and U.S. submarines within the vicinity destroyed enemy ships that entered and departed from Manila Bay. Enemy spies detected the operation on Feb. 16, 1944. Enemy motor launches from the province of the Batangas swammed Paluan Bay.

Hardly had ringed around the town and summoned all the people were asked to divulge Major Philip outpost and activities but not a lip ventured to tell the truth. Right then that the crowd was deducted to the school for concentration, which lasted for a month. The hunt for the American Officer terminated when he was caught and shot to death in River in sitio Kabilugan about 10 kilometer North Abra de Ilog.

This was still followed a hunt for the guerilla unit that caused suffering on many people of Paluan. When the American Liberation Forces landed in San Jose, Company 503rd paratrooper’s infantry was sent to Paluan and to take the town from the hands of the enemies in the morning of Jan. 5, 1945 after a days combat.

After those years of hardship and uncertainly came rebirth of the socio economics and educational advancement. Barely the year after the liberation, a group of civil spirited headed by Judge Jesus V. Abeleda who was later elected Congressman for Occidental Mindoro and assisted by Mrs. Maura Liboro, wife of the late Ex-Governor Cipriano Liboro organized as secondary school. That secondary school has contributed some of the distinguished sons, which the province is now very proud of. 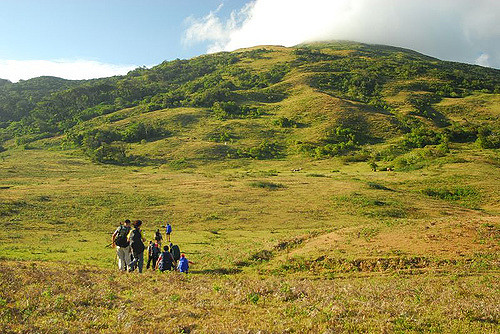 Mount Calavite is a peak located in the island of Mindoro in the Philippines. It measures 1,521 metres (4,990 ft) in elevation and is situated in its namesake headland, Cape Calavite, which forms the northwestern extremity of Mindoro. The mountain overlooks the municipality of Paluan in the south and the Lubang Island group in the Verde Island Passage in the north. It is one of only three areas in the island where Mindoro dwarf buffalos, commonly known as tamaraws, are found. 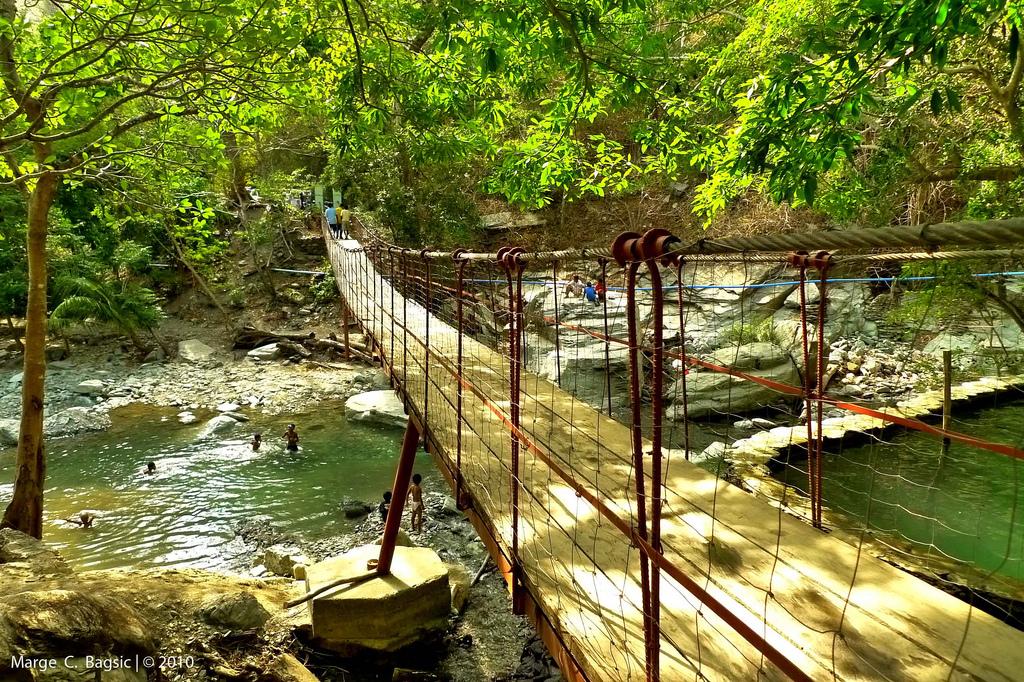 Calawagan Mountain Resort is such a place that exemplifies and offers many beautiful sights.  It is located in the vicinity of the town of  Paluan, Occidental Mindoro.

The place’s inhabitants dedication towards living in harmony with nature and keeping their environment unspoiled by human activity, shows the Calawagan River that runs through the resort was awarded as the cleanest inland body of water twice.The resort features clean  freshwater enough to be the source of drinking water of the community in is free flowing in natural pools and  mountain spring and is cascading over large boulders forming mini waterfalls as well as a hanging bridge across the river. The cleanliness of the water is evidenced by native freshwater fish visible through the crystal clear water.

The Calawagan Mountain Resort features several waterfalls, pools, cottages, tourist facilities, forests and hiking trails.  It is an ideal location for anyone looking for a truly unique outdoor adventure.