Officially the Municipality of Looc, is a 5th class municipality in the province of Occidental Mindoro, Philippines. According to the 2015 census, it has a population of 10,117 people. The municipality encompasses the eastern half of Lubang Island, as well as Ambil, Golo and some other minor islands.

Looc is politically subdivided into 9 barangays.

DURING THE SPANISH REGIME

The name of this town came from its wide bay which up to the present time is being used as place of refuge by sea vessels during stormy weather.

Based on the Chinese potteries and utensils which were excavated from the islands of Golo and Ambil of this municipality, it could be assumed that the first inhabitants of these places came into contact with Chinese traders or were influenced by the culture of the foreign merchants.

In 1760, the island of Ambil was mentioned in an old document of the Spaniards.  It was stated there that this community was made as the temporary headquarters of Moro pirates.  The raids conducted by the pirates in other villages of the island was the reason why the ancestors of the inhabitants of now Brgy. Maligaya, Lubang constructed a stone fort in their settlement.

Although the number of inhabitants in many villages of Mindoro decreased due to piracy, this was the reason why more people settled at Bulacan, Looc.  It was stated in the history written by a teacher in 1950, that the families who settled at Sitio Kay Batico were the people from Mamburao who left the place due to frequent raids conducted by the pirates.  It was also described in the said history how some of the weak bodied captives of the pirates were tied around wooden posts and left to endure the intense heat of the sun in a place which the people of Looc called Presuhan.

Ambil was again mentioned in an old Spanish document in 1819.  It was stated there that an Englishman who traveled to the different parts of the country mentioned that a deposit of copper was discovered in this island.

According to the historical account of the people of Burol, their ancestors were Ilocano farmers who looked for vacant land to till in this place in 1850.  They were led by Pascual & Pranada family.

It was also mentioned in the history of Brgy. Burol that there were teachers who cared to teach the youth in the different villages of Looc how to read, write and compute.  During the period that government authorities were not yet opening primary schools in the island, the teachers taught the youth, cartilla and mathematics.  Three of the teachers who were mentioned in the history of the barangays of this town were Wenceslao Fajardo of Talaotao, Cornelio Maninang of Bulacan and Estanislao Pascual of Burol.

Aside from the Ilocanos, some families from Batangas migrated to Looc during the Spanish regime.  One of the families was that of Vicente Abeleda who bought the vast agricultural land where Brgy. Talaotao of Golo Island is located at present.  The said landowner was appointed as capitan del pueblo of Talaotao.  However, twenty years before the Filipinos revolted against the Spaniards, the said leader and his family migrated to Paluan which during that time was only a wide forest.

In 1882, an epidemic of cholera occurred in the village of Lubang.  Fearing that the people of Looc would get sick of the dreaded disease, Gobernadorcillo Agustin Liboro did not allow Fr. Tomas Roldan, the priest assigned in Lubang to enter Looc.

In 1890, when Gen. Emilo Aguinaldo was still a young businessman, he bartered goods with the people in the different towns of Occidental Mindoro.  Don Justino Zubiri or Kabesang Tinong of Brgy. Bulacan became his friend.  He used to stay at the house of the said cabeza de barangay while trading with the people of Golo Island.

In his autobiography, the general mentioned that Kikong Kastila, the owner of the island of Ambil also became his friend.  According to old residents of Looc, the full name of the friend of Gen. Aguinaldo was Francisco Muñiz.

Other members of the Katipunan in Looc under the leadership of Gen. Emilio Aguinaldo were Ramon Trajeco, Januario Aguilar, Anacleto Basco and Isidro Magat.

Meanwhile, a courageous leader from Balikyas, Emiliano Cajayon, organized a group of revolutionaries in his place.  He was fondly called General Barog by the members of his group.  With the help of the group of Esteban Quijano of Lubang, they captured the Spanish friars and soldiers at the center of the municipality, in 1898.  That same year, when General Emilio Aguinaldo proclaimed Philippine independence, Emiliano Cahayon and Esteban Quijano led the group which administered the whole island of Lubang. 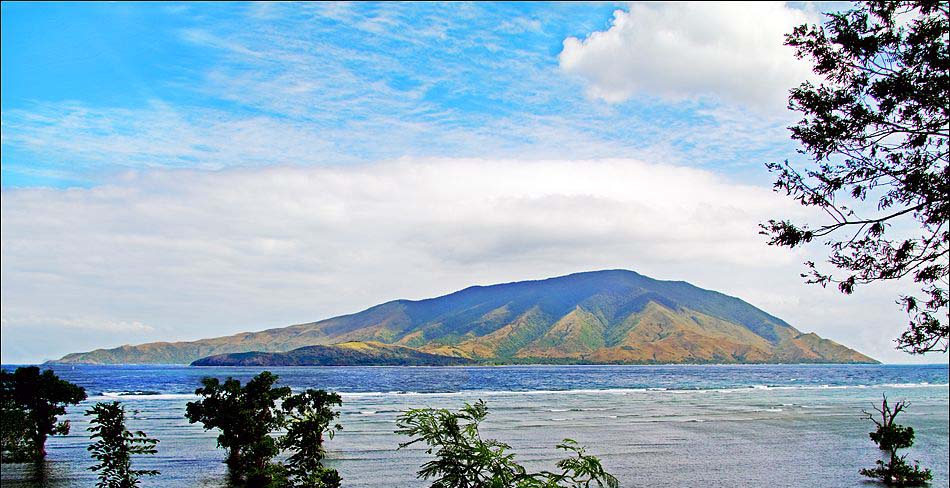 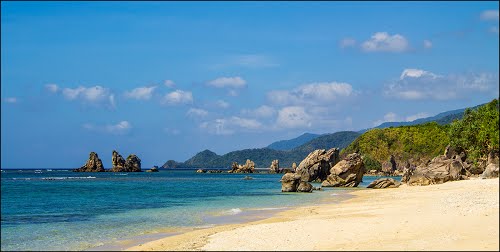