Officially the Municipality of Gloria, (formerly Maligaya), is a 3rd class municipality in the province of Oriental Mindoro, Philippines. According to the 2015 census, it has a population of 45,073 people.

The town was previously a barangay called Maligaya, the largest barangay during the administration of President Diosdado Macapagal. Local politicians, led by former guerrilla chief Nicolas Jamilla, Sr., battled for the conversion of Maligaya into a new town. They renamed it after the ten-year-old daughter of the President, Gloria Macapagal Arroyo, who later on herself became the fourteenth President in 2001. Jamilla became the first mayor of the town, which kept the old name "Maligaya" as the name of a barangay in the poblacion.

Gloria was once part of the municipality of Pinamalayan. In 1915, migrant families from Marinduque settled in Barrio Tambong, and in 1930, when a national road was built through Pinamalayan, they moved west and occupied the area along this road. Tambong was later divided into two barrios: the first retained the original name, while the second was called Maligaya (meaning "happy"), alluding to the settlers' happiness at the bountiful yield of their agricultural crops.

The residents of 25 barrios (Maligaya, Kawit, Malusak, Balite, Dalagan, Tinalunan, Calamundingan, Bulbogan, Langang, Banus, Agus, Batingan, Papandungin, Malamig, Tubag, Malayong, Malubay, Mirayan, Guimbonan, Agsalin, Manguyang, Banutan, Boong-Lupa, Tambong and Maragooc) grouped together and petitioned for the separation of their barrios from the municipality of Pinamalayan. The petition was granted on October 1, 1964, through Executive Order No. 117 issued by President Diosdado Macapagal. Executive Order No. 140, issued on February 25, 1965, by the same President, defined and fixed the boundaries of Gloria as a new municipality. On December 24, 1965, however, the Supreme Court nullified its status as a municipality. Gloria was finally recognized as a distinct municipality on June 9, 1966, when Housebill No. 6107, sponsored by Congressman Luciano Joson, was enacted into law. (It later became known as RA 4651.)

The new municipality was named Gloria, primarily as a token of gratitude to President Macapagal, whose daughter is named Gloria, and secondarily from the word "glory", celebrating the settlers' "glorious" life in Barrio Maligaya.

Barrio Maligaya later became the poblacion and the official seat of the municipal government. Nicolas M. Jamilla Sr. was appointed first Mayor of Gloria by President Diosdado Macapagal, serving from 1964 to 1967. He then ran in the local election of 1967 and won. The first session of the Municipal Council was held in the residence of Mr. Albino Janda. The town's official functions were held in this house from February 1964 to November 1965; then in the residences of Genaro Olavidez from March to June 1965 and Arsenio Arriola from July 1965 to 1973.

The name of the following barangays were changed: Bulbugan to Santa Maria; Dalagan to San Antonio; Malusak to Narra; Batingan to A. Bonifacio; Tubag to Macario Adriatico; Tinalunan to Gaudencio Antonino; Langang to Santa Theresa and Calamundingan to Lucio Laurel. The new barangays of Bulaklakan and Alma Villa were created later. In 1968, Gloria Realty Development Corporation donated two hectares to the municipality, and this became the site of the Municipal Building in 1972. Under the leadership of Mayor Jamilla, the municipality later bought a ten-hectare lot, which became the site of the Municipal Cemetery, Sports Center, Agricultural Center and Breeding Station, and the Medicare Hospital. 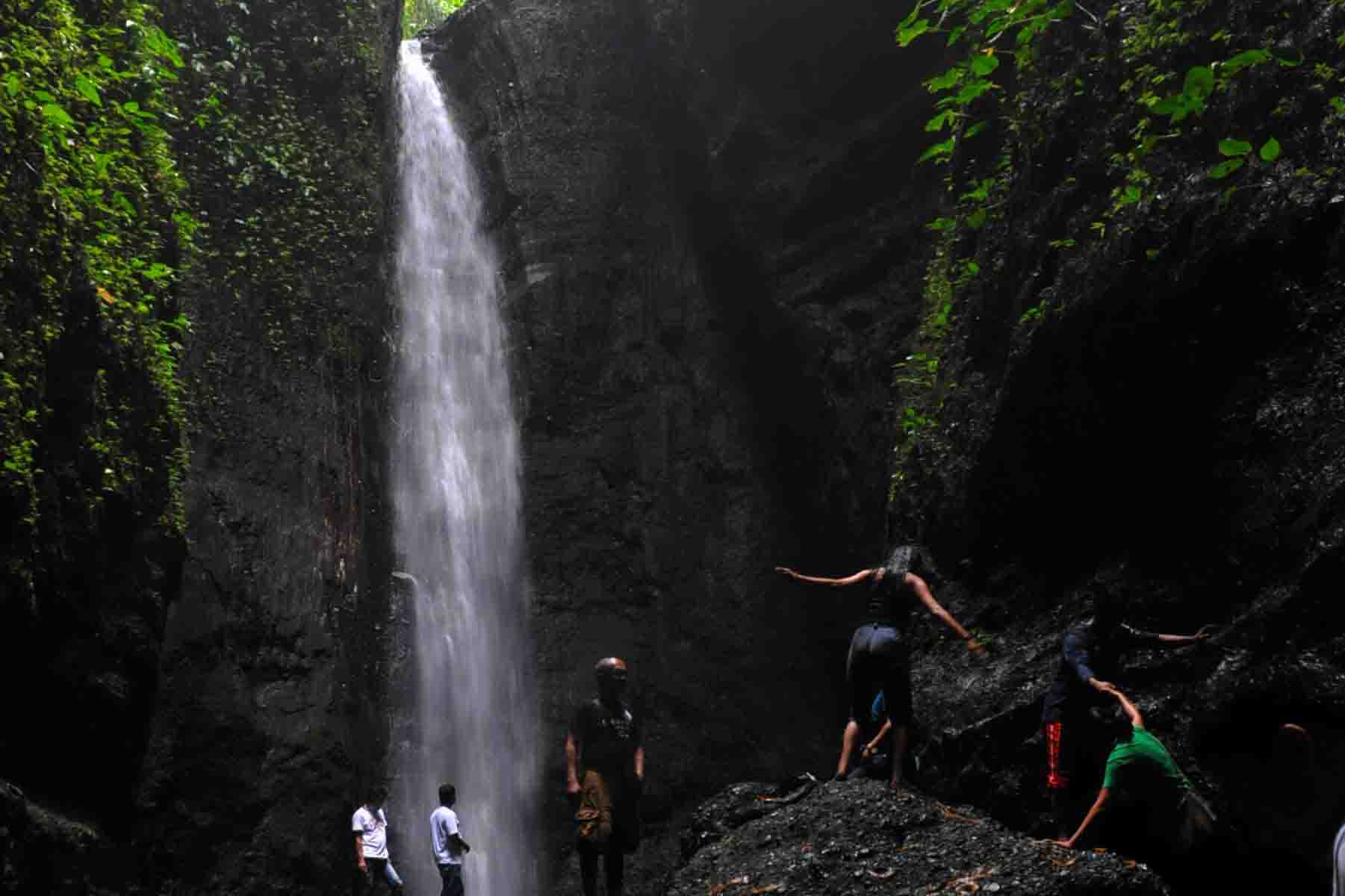 Translated as "no sky", Walang Langit Falls is named such because of the dense canopy of trees roofing the area in the early 1990s. To reach the falls, you'd have to secure a guide at the Barangay Hall of Buong Lupa at a rate that starts at P200. The trek lasts about an hour, and mostly consists of river trekking on shallow waters, in between two high walls of loose soil. Trekking to the falls feels like walking in a crack of an earthquake. Forty-five minutes into the trek, the trail forks into two: the left trail goes to the main waterfall, while the right trail leads to two smaller falls. Collectively, Walang Langit Falls is called "twin falls" by the locals despite having three falls. 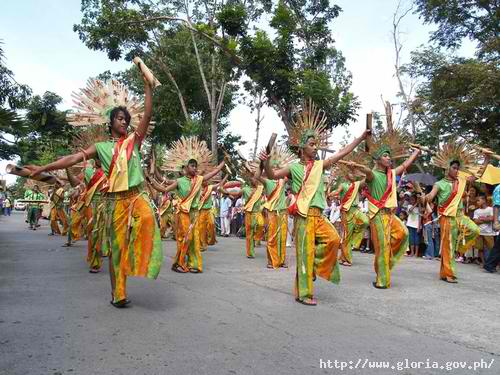 The Kawayanan Festival starts off the month of October with the pleasant trip-trap of bamboo sticks of kawayan. The festival celebrates a crop that is abundant in the land of Gloria. The residents of the land have set aside large areas for bamboo planting.

The Oriental Mindoro Festival is yet another Filipino way of going back to nature and saying thanks. This is not a pagan ritual, however, what with the country’s people having been closely entwined to Roman Catholicism. The rituals of the past are instead combined with the religion of today. We see the signs in the costumes, the dancing, and the overall celebration. A Filipino festival is one that is in itself suggestive of several cultures and a melding of pagan and Christian.

Come to Mindoro this October for the Kawayanan Festival. See how the people of Gloria look at their bamboo products with pride. You will see all sorts of products made of bamboo, fashioned lovingly by local hands. You could say that the festival has economic implications, as well. However, it is the pride and joy of celebrating both a culture and a product that may take you fully in.