Bulalacao is politically subdivided into 15 barangays.

During the pre-Hispanic era, Bulalacao was a settlement of Panay migrants called Calido (named after its founder). It was transferred to Kaburayan (from a vine called buray) and was later renamed after sinister birds called bulalacao which shows up whenever people are dying. Fires struck the town on December 24, 1940 (90% of the housed burned) and on July 6, 1950. Because its name was synonymous to a burning meteor, the town was renamed San Pedro by virtue of Republic Act No. 2789. It was later reverted back to its old name. 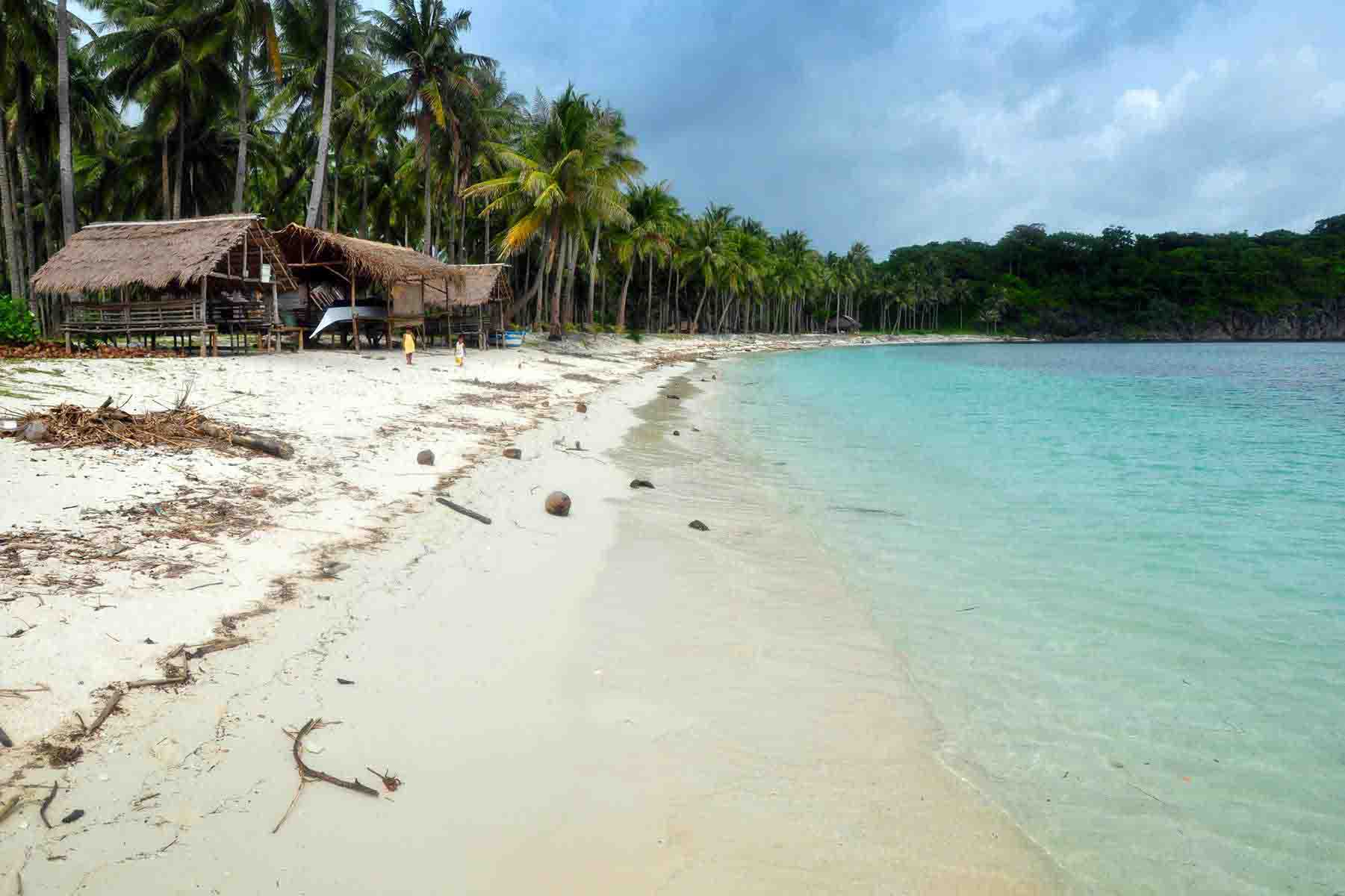 Buyayao Island is a 206-hectare forest reserve at the southeastern tip of Oriental Mindoro. It has seven pristine white beaches, limestone formations, and about 500 species of flora and fauna. Some of the animals found on the island include large snakes (called sobre cama), bearcats, dears, and squirrels. The island has a sparse population of less than 100 residents. Activities that can be done here include scuba diving and snorkeling (bring your own gear), spelunking in Buyayao Cave, camping, and beach hopping. While you can ask one of the residents to tour you among the island's beaches, beachhopping is best done by boat. This is because the structures inland, such as the road networks, now lay in ruins. 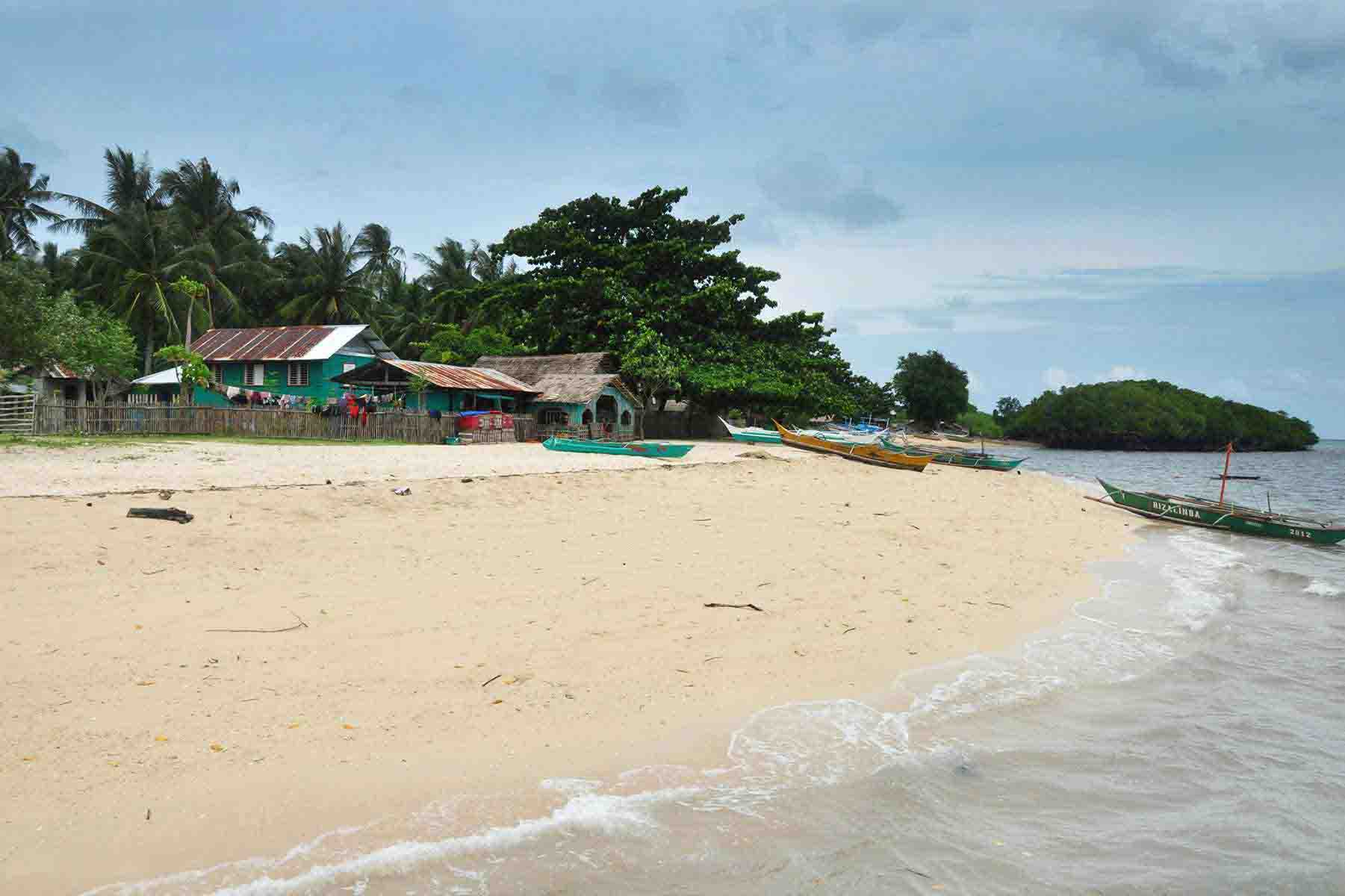 Suguicay Island is an oblong-shaped island, one among the 13 island hopping destinations in Bulalacao. The island has a sandbar and two white beaches, each about 500 meters long. Inland, the island is quite populated, bearing many residential houses. The island's coastlines meanwhile thrive with mangrove swamps. The water surrounding the island is abundant with corals and marine diversity, which makes it an ideal destination for scuba diving and snorkeling. Only cottages and grilling areas can be found on its beaches. Because there is no known establishment on the island, travelers are advised to bring their own camping and cooking equipment, should they wish to extend their stay. 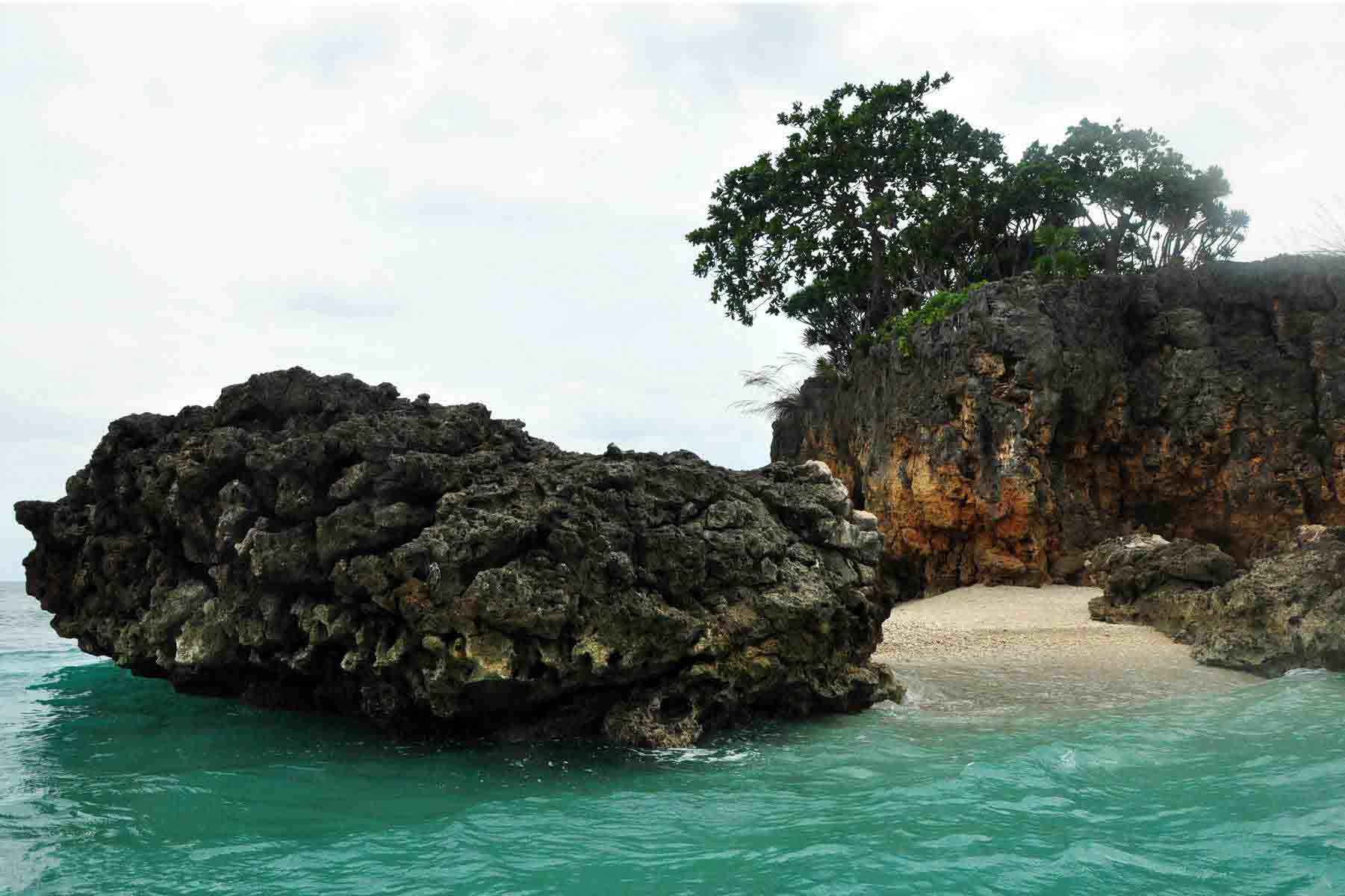 Not to be mistaken with Palawan's Silad Island, the Silad Island of Bulalacao is a bone-shaped island with two corally white beaches and several rock formations. Privately owned, the island is quite small and has a few cemented staircases interconnecting its beaches, hills, and jagged formations. Silad Island is deserted, has no electricity, and no drinking water. It's not advisable to stay here overnight because of its jagged terrains and windy location. Boats could also get stranded during the rainy season. Together with Target Island and Aslom Island, Silad Island makes an excellent island hopping destination in Barangay Milagrosa. 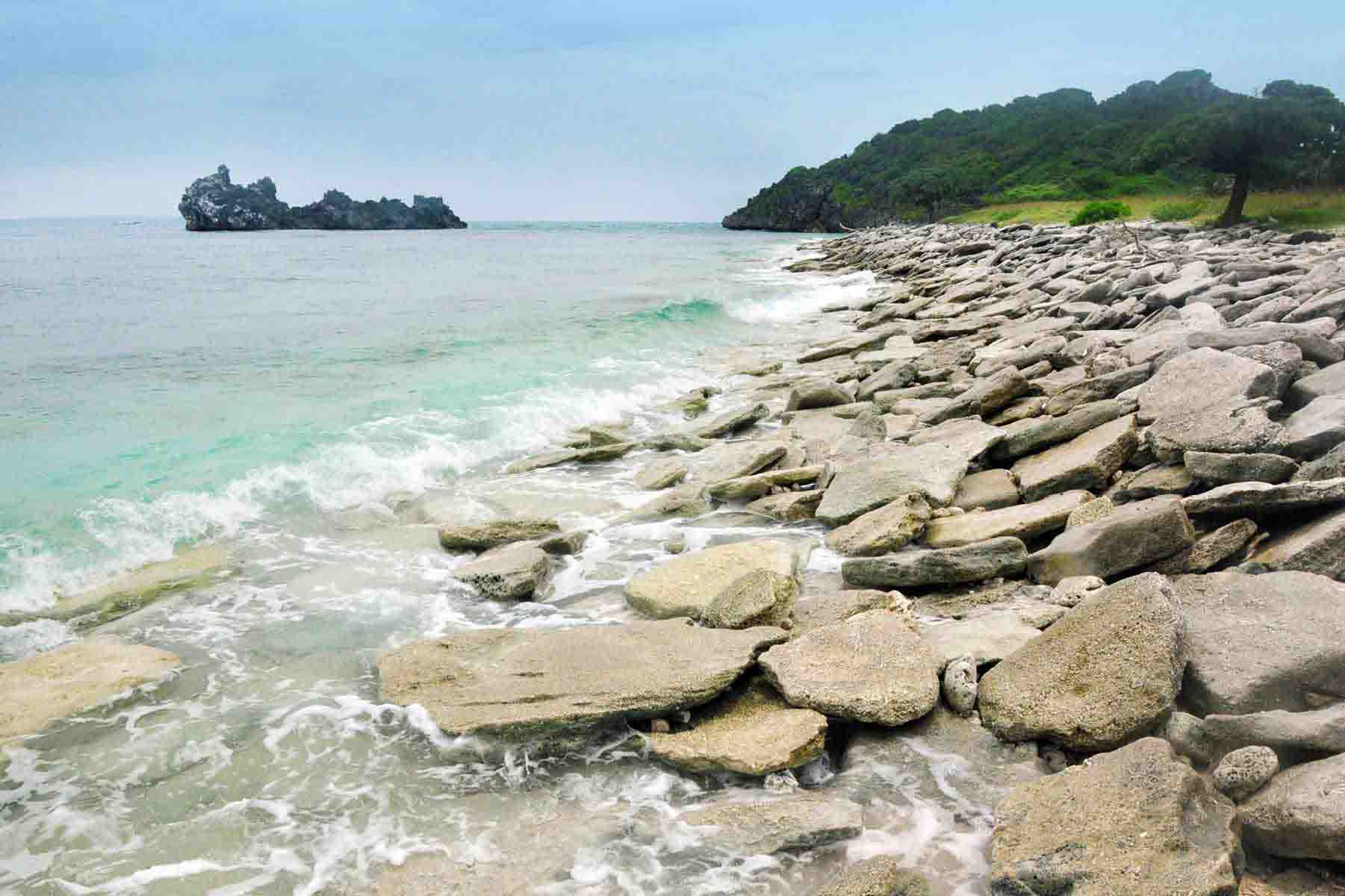 Also known as Alibatan Island, Target Island is a stingray-shaped island named so after Americans used the island for "target" bombing practices during the World War II. Exploring the island, you'd see bomb sites and jagged rocks broken into pieces. Privately owned, Target Island has cemented walkways that loop around it. The cemented pathway follows the coastline of the island, around its limestone cliffs, and towards a lake at the center of the island. The lake is teeming with mangrove, and serves as a breeding area for seagulls and sea turtles. From the top of the limestone cliffs, you'd see panoramic views of the lake, the island itself, and its beaches. According to its owner, visitors are not allowed to take photos and stay overnight on the island. Together with Aslom Island and Silad Island, Target Island makes a memorable island hopping activity in Barangay Milagrosa, Bulalacao. 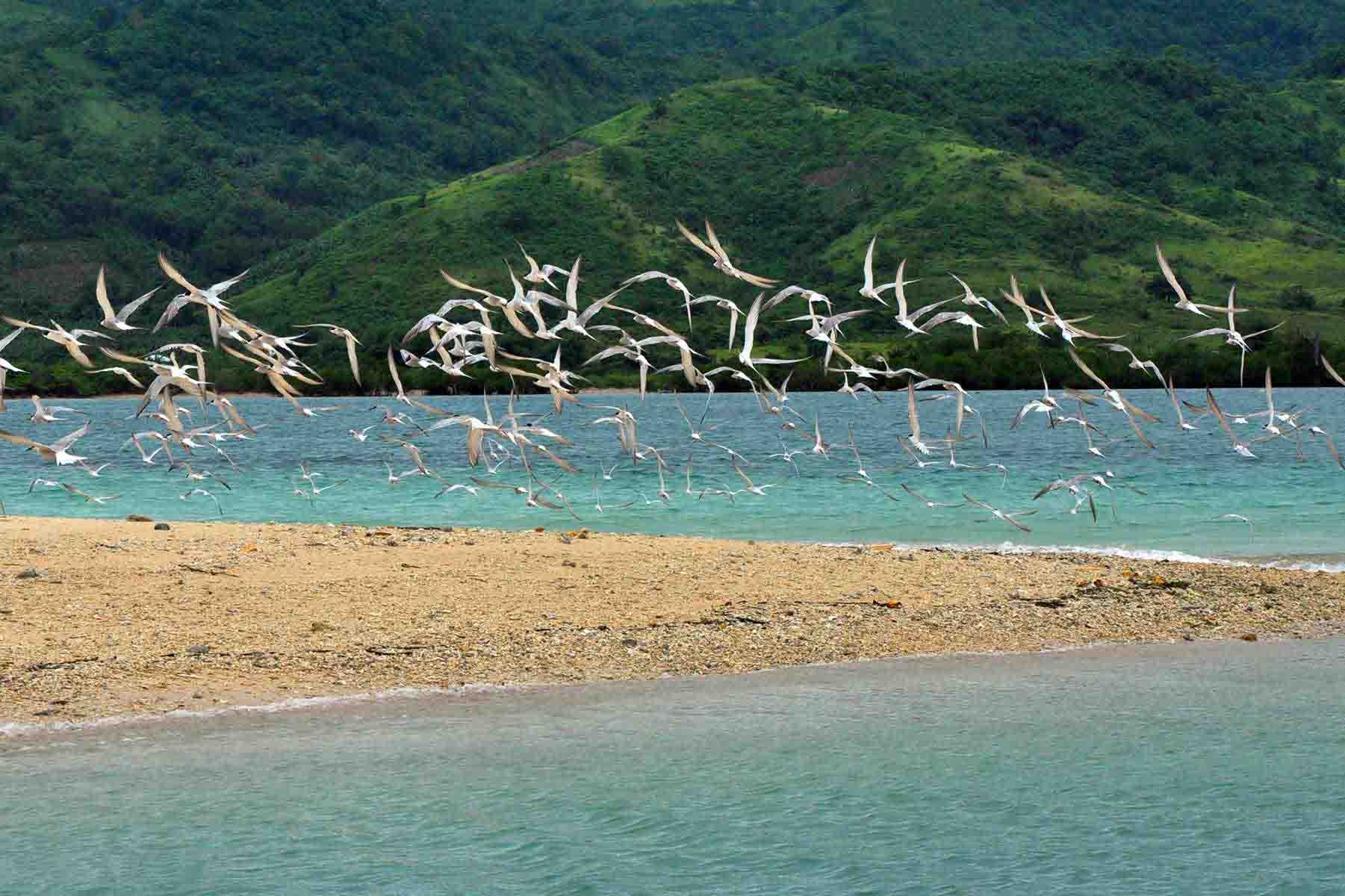 Aslom Island gets its name from the Cebuano word "aslom", meaning sour, because of the abundance of sampaloc trees bearing the sour fruit. The island is one of the major destinations of the island hopping activity in Bulalacao. A 12-hectare private island, Aslom has three white beaches, one of which is a crescent-shaped sandbar that stretches about 500 meters. The two other beaches stretch about 200 meters and 800 meters respectively. The three beaches have coarse to corally white sand, and are interconnected through roads inland. The island is teeming with trees, with only two man-made structures: an unfinished resthouse and a tennis court. There are no other establishments or restaurants on the island. While the island is private, travelers can visit the place for free, although staying overnight is not allowed. 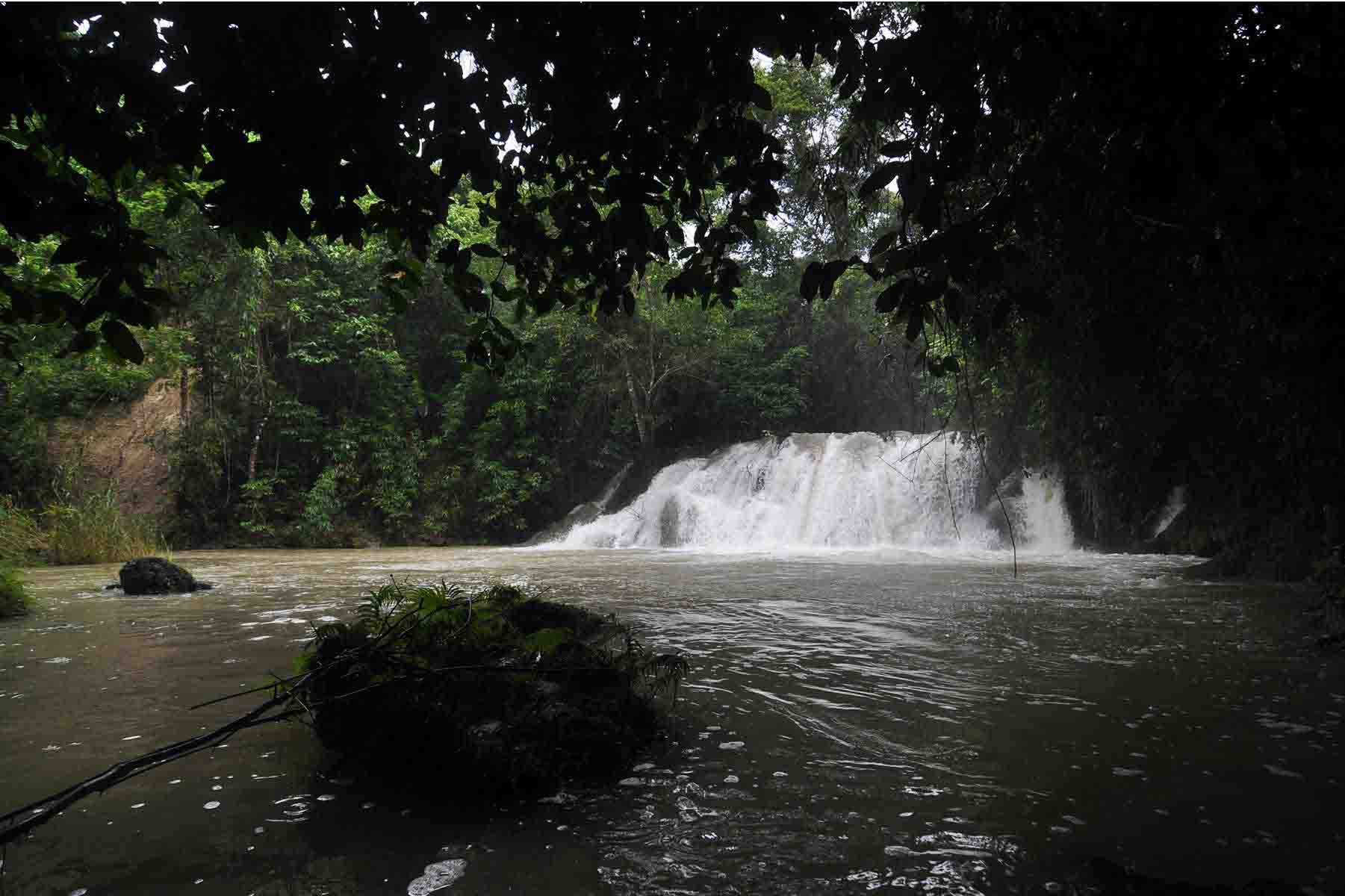 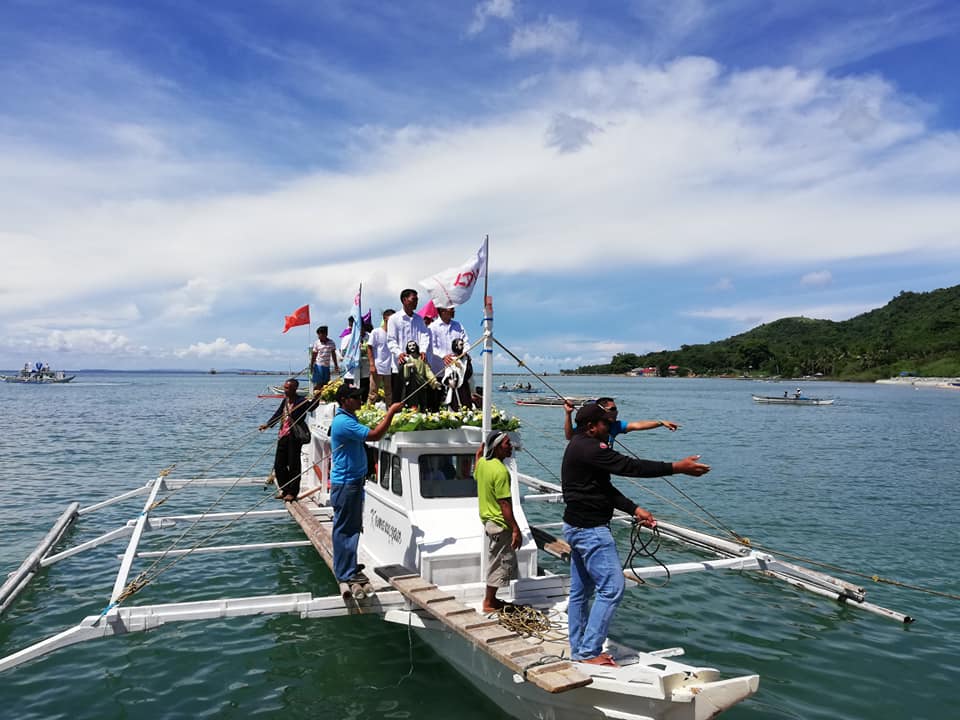 Brought in by the early settlers who came from the Island of Panay, this festival is done in honor of the town’s patron saints Peter & Paul, and is a way of thanksgiving for the blessings from the sea. The celebration starts in the early hours of the morning, with a flotilla of intricately-decorated boats that will encircle Bulalacao Bay and, landing onshore after, will be met by the townsfolk. Marching will continue on the streets with the icons of the two saints greeted in religious manners by the devotees. A procession is done later at twilight and, ending at the church-ground, the traditional “putong” (crowning) of the patrons complete the final rituals, amidst songs and dances by children and adults alike. A streetdancing is also staged during the day, participated in mostly by students in indigenous costumes. This festival is held every 29th of June, on the occasion of the town fiesta.